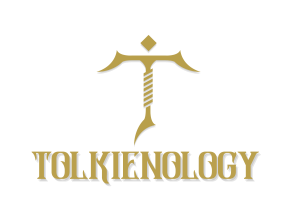 “One does not simply walk into Mordor.” Sean Bean as Boromir, in Peter Jackson’s The Fellowship of the Ring (film)

The famous line uttered by Sean Bean as Boromir has provided countless gifs, memes, and endless hilarity on the internet. Why? Well, as any reader of the story knows, in the end Frodo and Sam do simply walk into Mordor. It’s a hard walk, to be sure; but it is a walk nonetheless.

Beyond that, there’s a point to be made that much of the Lord of the Rings consists of people walking. Prior to the LOTR, The Hobbit is literally the story of one long hike; LOTR includes many more short hikes, with a few much longer ones interspersed.

This article is the first one, but probably not the last, in a series that will look at some of the ideas of time and distance Tolkien used in his epic.

Setting Time and Space in Faerie

As we noted last time (internal link), Tolkien’s whole idea of Faerie, of other worlds, hinged on the idea that it is humans who intrude into that world, and not the other way around. In other words, his stories aren’t the story of an elf or mage who arrives in our world, to change it through their deeds or power. We as the readers are instead transported to a world of Faerie, where some rules are completely different – magic, creatures, etc. But an important part of Tolkien’s worlds are that not everything is different. Many principles of his Faerie world remain the same. By keeping some things consistent, Tolkien grounds his created worlds in a world we can understand. This emphasizes the strangeness of some things, and the sameness of others. Hobbits are strange; Hobbiton, with its small-village, rural-England feel, is familiar. Wights are alien, unknown, terrifying, but barrows (and old ruins more generally) are commonplace, at least for Tolkien’s original English audience.

When it comes to distances and time, Tolkien employs the same principle. He describes his distances in leagues – not an imaginary term, but an archaic one from English history, roughly equivalent to three miles on land. This term gave his descriptions of distance an unusual feel, something slightly out-of-place, but also retained a sense of basic normalcy. Tolkien used the term to tell his readers, “yes, things are different here, but they’re not radically different.”

Note: At some point, I’ll do an article on the English-ness and Old World-ness of Tolkien’s writings. For now, it’s worth noting that there are elements of both in the word “league” also.

Even in using the word league, Tolkien showed his concern for a real-world feel for his story. It needed to make sense to his readers at some level, even with magic, dragons, and shades all around. Tolkien also created maps to help him keep distances consistent. In fact, maps formed the starting-point for much of his writing.

Tolkien informed a reader, ‘I wisely started with a map, and made the story fit… the other way about lands one in confusions and impossibilities.” …The scale was of paramount importance. In order to be believable each day’s journey had to be within the capabilities of the traveller, whether he was a sturdy man of Gondor or a young hobbit of half human stature. (Catherine McIlwain, Tolkien, Creator of Middle-Earth, 377)

Distance, time spent travelling – these things mattered dearly to Tolkien. He used them to craft a reality to his adventure; even though the hobbits are a bit strange, even though we’ve never met an elf, we can empathize with them as they slog through forests, rivers and mountains.

Okay then. Just how far did Tolkien’s characters travel? That depends on which characters, but if we start with the most famous journey, Frodo and Sam’s, then there’s a total mileage of something like 1800 miles over 185 days (source). Now that’s an epic journey! But what is 1800 miles even like? We still need some real-world context to help. It might help to think of some common hikes around the world. On the long side, the Appalachian Trail in the eastern United States runs from Georgia to Maine, a distance of about 2200 miles. But if you started in Georgia and stopped in New Hampshire, just shy of Maine, you’d be about 1800 miles. That hike alone would take you five-six months, and cut through the US states of Georgia, North Carolina, Tennessee, Virginia, West Virginia, Maryland, Pennsylvania, New Jersey, New York, Connecticut, Massachusetts, Vermont, and finally New Hampshire, 13 states in total. Imagine Frodo and Sam covering most of the eastern seaboard of the United States!

But maybe you don’t live in the US. Well, Penzance in Cornwall (far southwest of UK) to John O Groats in Scotland (far northeast) is only 800 miles; not nearly far enough! Fortunately, one intrepid Imgur user matched various distances to well-known locations in the UK. For his full recounting of the journey, follow the link. In essence, though, he equated Hobbiton to London. With that start point, I’ve adapted his journey to form a continuous one throughout the UK.

That’s basically circling the entire United Kingdom, on foot, and ending up back nearly where you started! I should also note that the above journey uses a shorter estimate of the total distance (roughly 1500 miles instead of the 1800 given by a probably-more-accurate source here), so it’s possible you could include another few legs to the journey!

And while Frodo and Sam had the longest journey, the others weren’t that far behind. After the Fellowship of the Ring fell apart at Amon Hen, Merry and Pippin were taken by the Orcs to Fangorn Forest, roughly 150 miles as the crow flies. From there, Merry goes with the Rohirrim to Minas Tirith (300 miles); Pippin travels ahead of him with Gandalf. Their journey easily tops 1200 miles, as those are all rough estimates, as the crow flies.

Space and the Terrain

That leads to another consideration in Tolkien’s use of distance and time. He focuses on the real-world nature of his characters’ journeys, not only through raw distances, but also by means of the terrain they cover. Frodo and Sam stroll through the fields and woodland trails of the Shire. They pass through villages and small towns like Bree, which has a gate and presumably a wall. Accompanied by Strider, the hobbits push through the bogs of Midgewater, climb the hillfort at Weathertop, cross the Ford of Bruinen to reach Rivendell. They wander through wastelands, and trek through dark, abandoned cities like Moria. The company climbs mountains – or attempts to – and drops underground.

In other words, the characters in The Lord of the Rings do everything that normal people do on adventures. Or to put a slightly different twist on it – they do all the things that normal people would do, if they went on epic adventures. And that’s the hook. A reader can imagine himself doing all those things; he may even have done many of them himself. Remember, by the end of the series the hobbits have walked, floated, ridden, and even flown across Middle-Earth; all the same methods of transportation we use today. They don’t teleport, or pass through stone circles, or travel through time. All the methods Tolkien uses are common ones to his readers.

There’s a lesson here for any budding fantasy writers, I think. The word “careful” characterizes much of Tolkien’s approach to time and distance. He chose distances carefully, duration of travel carefully, and the method of travel carefully. His care led to a reading experience that feels rooted in the real-world, making the contrast of his fantastical elements even greater. If you’re trying to write the next Lord of the Rings, choose your times and spaces carefully also. There’s nothing wrong with magic circles or teleportation crystals; just remember, you don’t need magical transportation in your new world, to get your readers to that world.

Tolkienology - September 29, 2022
Origins Wizards, pointy hat and all, originated in some form long before Tolkien. Tolkien himself probably drew on old descriptions of the Norse god Odin,...